Tried a bit of nostalgia driven “comfort” programming making wmapcups. It is a Window Maker dockapp that presents the status of an APC UPS via the apcupsd.

Window maker itself is a bit dated compared to the ‘desktop managers’ these days but it is fast if can look past that. If your keyboard sees more action than your mouse and you don’t want to to overboard with tiling window managers this is a good trade off. I use window maker at work on one of the older PCs while the newer ones run xfce4. I use dockapps under Xfce through a panel plugin called xfce4-wmdock-plugin which gobbles up X11 programs that provide the hints that they are dockapps.

Dockapps are widget-ey programs with UI made of a small square (64×64 or 48×48 pixels) mostly presenting some information. Most dockapps would serve some purpose now handled by panel (or taskbar) plugins except they have the same consistent ‘square’ tile feel. The whole ‘style’ of window maker and dockapps is inherited from the NextSTEP OS.

To write a dockapp, some familiarity with X11 programming would be useful. However its quite simple to glean the essence of it from the existing dockapp sources. Also there is library called libdockapp that wraps up the most common pattern used in the sources. For pythonistas there is a module for writing dockapps as well (I’ve not tried it yet).

Window maker development was dead for many years during before being started up again in 2012. The current team accepts patches for window maker and few orphaned dockapps that they’ve adopted. 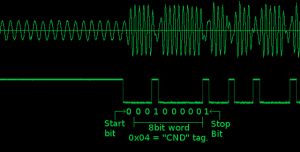 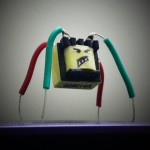 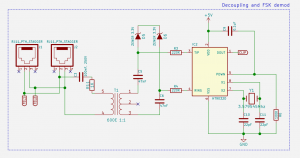 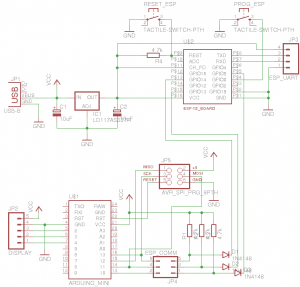 Somebody on the interwebs said we could all talk about our first C programs when Dennis Ritchie died. This was supposed to be my rant. It was stuck in ‘draft’ for 2 years and would not have moved forward had it not been for the spammers who messed with my old wordpress installation and started sending mails in my name.

My first C program was written on a notebook (and was never compiled or run). Pascal was my swiss army knife when I was in my 11th standard (after qualifying from BASIC). Around that time my uncle got me a small book (no it was not K&R). All the talk about ‘C’ and its power that I read in electronics for you magazine got me buzzed. Unfortunately the school computer lab had just 8086 (PC-XT)s with two 5.25″ FDDs at the best. No C compiler anywhere to be seen. So it was “translated” versions of couple of my pascal programs in a red notebook book (hand written) for a long time. Till around end of 12th I got my hands on unc’s 486 DX2 (66 Mhz !) which had Borland C on it. It was exciting. Not because I knew anything about unix but the small book told me about functions to do stuff that I did not know how to do in Pascal (don’t remember what it was though : thinking hard it might have been printf !! or probably reading a directory). I got my hands on gcc only at the start of my college. That was for the lack of a 32bit compiler on windows or DOS. It was the times of ‘dos-extenders’, VESA video modes and DJGPP !! DJGPP gave me company for a long time (even after I started with Linux (RHL 4.2 or 5 IIRC)). For some time it was also MSVC, learning DirectX. Finally towards the end of my course I was entirely into OpenGL and Linux.